A drive to survive 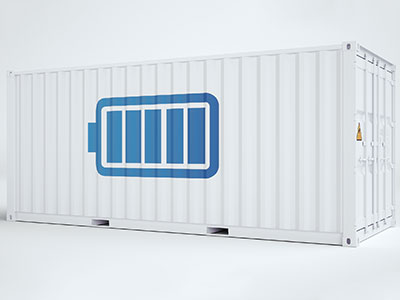 For those of you with Netflix, you may have recently watched 'Formula 1: Drive to Survive'. If you haven't, do, this documentary produced in collaboration between Netflix and Formula One gives a behind-the-scenes look at the drivers and races of the F1 World Championship.

More than just racing, it looks 'under the bonnet' at the 'players' that make up Formula 1, the personalities, the manufacturers, their cars, drivers and mind-BLOWING operating budgets!

Tasked with building faster, more reliable race cars year-on-year, these teams (even the smallest ones) spend extraordinary amounts of money on their research and development to attain marginal gains that determine the winners and losers of the competition.

One of these companies is Williams Racing, a well-known British Formula One team and constructor. The penultimate racing team of the 80's and 90's, Williams has struggled in recent years (decades…), to win against the likes of Mercedes, Red Bull, Ferrari, Renault, and McLaren. Fortunately, there is more to their Company than just the F1, with a lesser-known subsidiary Williams Advanced Engineering (WAE) fueling, I suspect, their blind ambitions for motorsport!

Suppling the bulk of battery systems to the global electric racing series including Formula E, Extreme E and ETCR, WAE was called upon for the supply of a scalable high-power modular lithium-ion battery system that when paired with hydrogen fuel cells would power Anglo's mining truck of the future. Using 320 megawatts of solar power generation capacity onsite to produce up to 1 ton of hydrogen a day, Anglo plan to sustainably power their trucks.

Really brilliant stuff and a strategy that considers more than just the machine, with a deeper understanding of how to generate the power and charge a mining machine sustainably and remotely.

To the mining industry's credit, AngloAmerican are not the only Company leading the charge (excuse the pun), with other notable ventures including the Green Hydrogen Consortium comprising AngloAmerican, BHP, FMG and Hatch; Komatsu with Proterra; and the individual pursuits by identities such as Andrew 'Twiggy' Forrest, who in 2018 contributed Am to the CSIRO to establish a hydrogen research partnership.

Technology (and solutions for that matter) are rarely developed in isolation and with mining equipment the two specific technologies in development are battery and hydrogen-power. Depending upon the 'outfit', this technology is being pursued independently or together as a hybrid, with developments extending to the power generation and recharge units.

While EV's remain all the rage for consumers, there is in the commercial sector a strong and growing argument for hydrogen fuel that when mastered at scale may well provide the cleaner, greener, and more sustainable fuel of the future.

As with WAE and the BIG budgets 'blown' on motorsport, the contribution by industries such as mining, aviation, rail, and motorsport remain invaluable for the rapid development and testing of technology at scale that accelerate the solutions of tomorrow, today.

Like to know more, search for 'FutureSmart Mining' and 'eMining AG'.

This article was originally published by the Components Only team in the May 2021 issue of "@ The Coal Face" magazine.